Home › Uncategorized › Sell Me This Pen: 5 Author Discovery tips learned from The Wolf of Wall Street

Sell Me This Pen: 5 Author Discovery tips learned from The Wolf of Wall Street 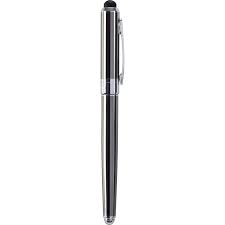 I have an admission to make. I love marketing and sales. Always have. There’s something magical about being able to identify or anticipate someone’s needs and then fulfill them in a wholly satisfactory fashion.  I know I am in the minority of most authors when it comes to this attribute. Most authors genuinely despise and even hate the idea of marketing and sales. Still, everyone likes seeing the numbers in their bank accounts rise, right?

Unfortunately, those numbers don’t rise without some level of intervention and action on the part of the author. Now, if you’ve been reading this blog for a while then you know that I have made it my personal mission to try literally everything available to boost my discovery by readers. I do this for 2 reasons: 1) I really like gaining more readers and 2) I really like helping others succeed as well. If I can save you time or give you a tip that makes your life easier, I consider it a job well done and a necessary sacrifice for the greater good.

I recently finished reading The Wolf of Wallstreet by Jordan Belfort, a book i discovered after seeing the movie starring Leonardo DiCaprio last year. If you’ve seen the movie, you know that Jordan Belfort is not the kind of person you necessarily want to emulate. In his heyday, he was so excessive, so brash, so out of control, and so cunning that it took the FBI nearly 15 years to bring him down. He still hasn’t paid back the $110 million of which he defrauded investors during his Stratton Oakmont days, and Steve Madden shoes is still in business, but that’s not why I’m writing this. What drew me to the book was not the character of Jordan Belfort or his deplorable sales tactics but a desire to better understand the financial system that permitted him to gain so much success. Just like I will read any book that sells a bagillion copies (see 50 Shades of Gray and Twilight as examples) to learn into what secret the author is tapping. Just like I will continue to invest my own time and money to try out different author discovery services and report back to you here. I am constantly learning and adapting my approach to reaching readers.

So what exactly did I learn from this crazy story that can be applied to Author Discovery?

Below, find 5 secrets (in no particular order of importance) I gleaned from the book that can be applied to helping more readers find you and your work:

So, I leave you with a challenge – sell me your book in the comments.

5 comments on “Sell Me This Pen: 5 Author Discovery tips learned from The Wolf of Wall Street”